Together, a step towards the distant future 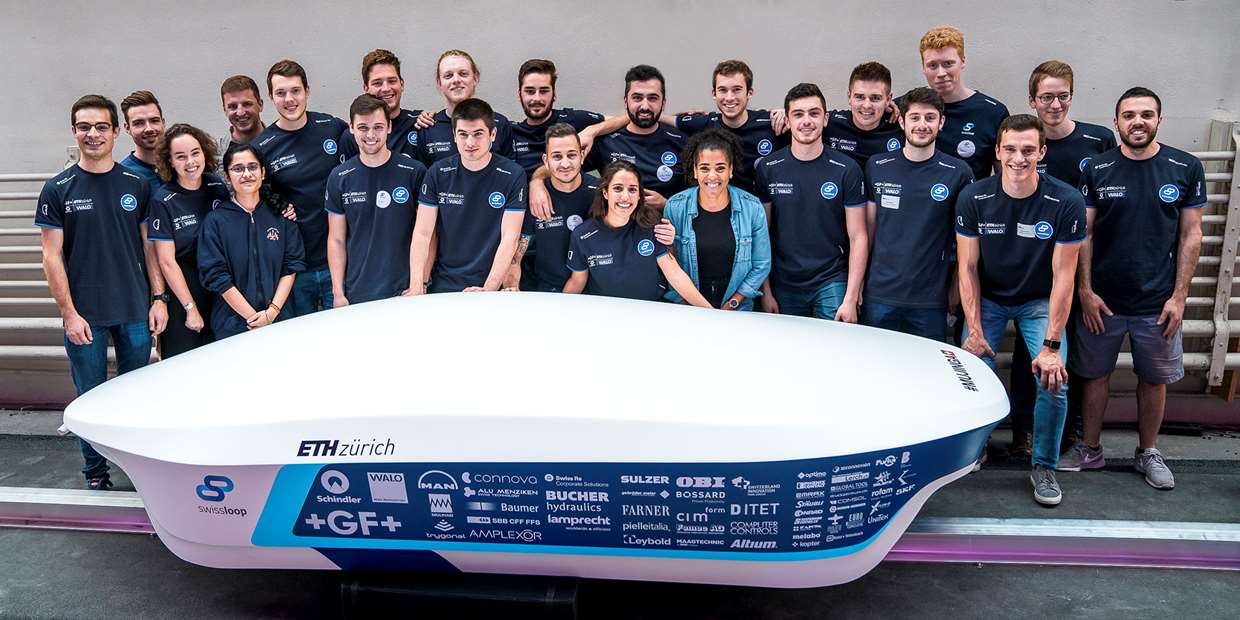 High-speed to LA: The Swissloop team unveiled its pod to the public in Zurich on 23 May 2018.

In an extraordinary development and production partnership with Swissloop, GF Casting Solutions demonstrated its lightweight expertise – and made a key contribution to the team’s remarkable success in the visionary Hyperloop Pod Contest 2017. With GF’s support, the team hopes to achieve a major coup in 2018.

In November 2016, when the preparations began for the Hyperloop Pod Competition initiated by Elon Musk, the technological visionary and founder of SpaceX and Tesla, no one could have predicted the extraordinary success of Swissloop, a team that brought together students from ETH Zurich and other Swiss universities – not even the 50 team members themselves. Over the eight months that followed, the technical development, design and testing work carried out by the electronic and mechanical engineering students was rewarded with an outstanding third place at the finals in Los Angeles in August 2017, despite some technical setbacks. 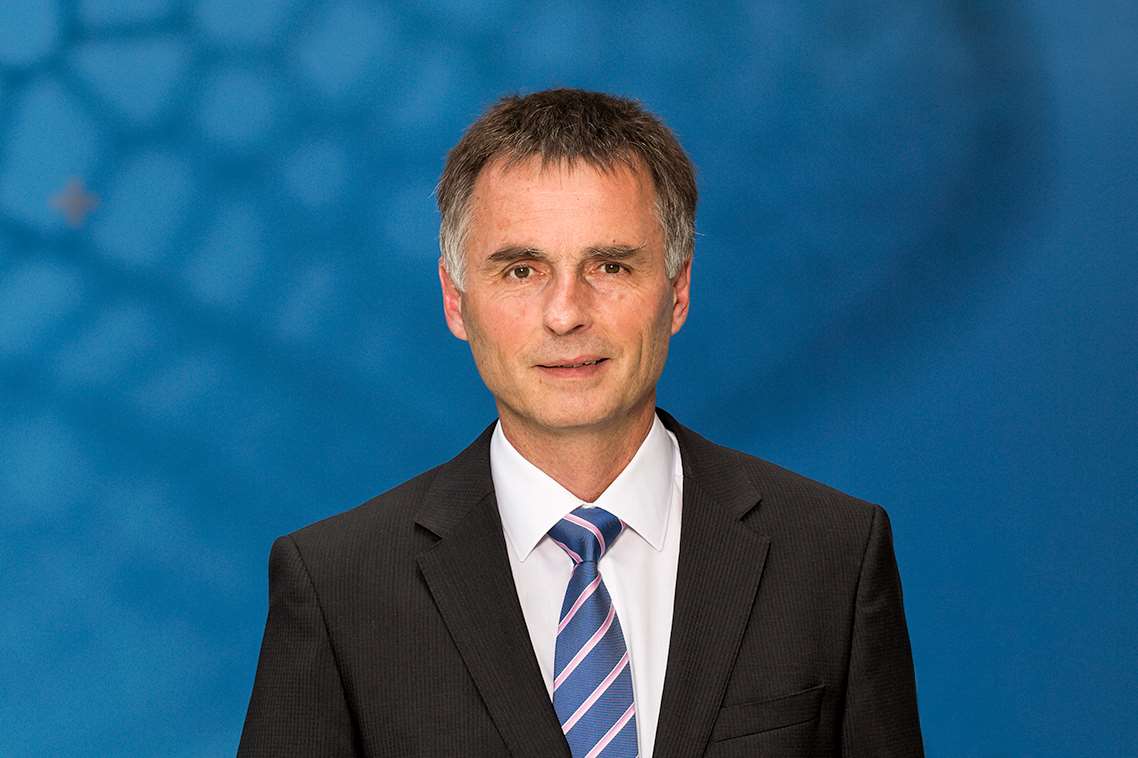 Roger Kupferschmid, Head of Research & Development at GF Casting Solutions, is working intensively on the future of mobility.

The future of mobility

Enabling the Swissloop pod, a transportation capsule weighing just 244 kilograms, to cover the one-kilometer test route as quickly as possible required ultra-light components as well as a powerful drive system. As the main sponsor and a specialist for lightweight components, GF Casting Solutions provided ambitious and committed support to the team by developing and producing an aluminum component for the pod’s chassis.

“With this partnership, we want to show that we are addressing the future of mobility,” said Roger Kupferschmid, Head of Research & Development at GF Casting Solutions, explaining one of the reasons for the partnership with Swissloop. “We have been working for some time now on energy-efficient and future-oriented mobility solutions, for example for hybrid and electric vehicles. It was interesting for us to take a look into the even more distant future with Swissloop.” Lightweight components for the automotive industry are already one of GF’s specialties. Given the expanding development of alternative, energy-efficient drive systems in the automotive industry and the associated challenge of using parts that are as lightweight as possible, GF Casting Solutions has set itself the goal of becoming the supplier of choice for lightweight cast components.

The lightweight aluminum chassis component was created in just five months, in close partnership with the Swissloop team. At the end of the process, GF Casting Solutions created a unique, tailor-made piece to provide the Swissloop pod with the necessary lightness and stability for potential speeds of up to 400 km/h and rocket-like acceleration.

The urge to continue development was motivation in itself for Swissloop to want to qualify for the 2018 Hyperloop Pod Competition. The organizers in California were impressed by the new team’s concept, and invited it back to Los Angeles to take part in the Hyperloop Pod Competition. Swissloop wanted to develop a new transportation capsule with a new drive system for this year’s race on 22 July 2018, which is all about achieving the fastest speed. GF Casting Solutions is involved again on account of the success of the partnership in 2017 and the team’s sound concept.

“GF stands for extraordinary solutions in the field of lightweight design. A motivated team helps us to solve every problem. We are proud and happy to have GF as our main sponsor.”

Luca di Tizio Member of the Board of Swissloop

As Swissloop’s main sponsor the division was involved in the development of a new component for the chassis of the three-and-a-half-meter-long pod. In April 2018, two parts were sand-cast from an aluminum/silicon alloy before being finished by milling, drilling and heat treating. The aluminum axle carriers, which are painted in GF blue, hold the front and rear axles of the pod chassis and provide stability. They are both 35 cm high, 30 cm wide and 55 centimeters long, and weigh just five and a half kilograms each. “The optimized geometry and bionic design allowed us to even further reduce the weight of the cast part”, recalled Dominik Mahnig, Head of Product Management & Development at GF Casting Solutions.

Electric motors for speeds of up to 500 km/h

The new pod was officially unveiled and presented to the public on 23 May 2018 in Zurich. The Swissloop team now has until the third Hyperloop Pod Competition on 22 July 2018 to put its new pod through its paces. In the upcoming competition, the pod, which is propelled by four electric motors with a combined output of 540 hp, will shoot through a 1.25-kilometer vacuum tube at speeds of up to 500 km/h. At high speed to the very end. And hopefully into the first place. GF has its fingers crossed! 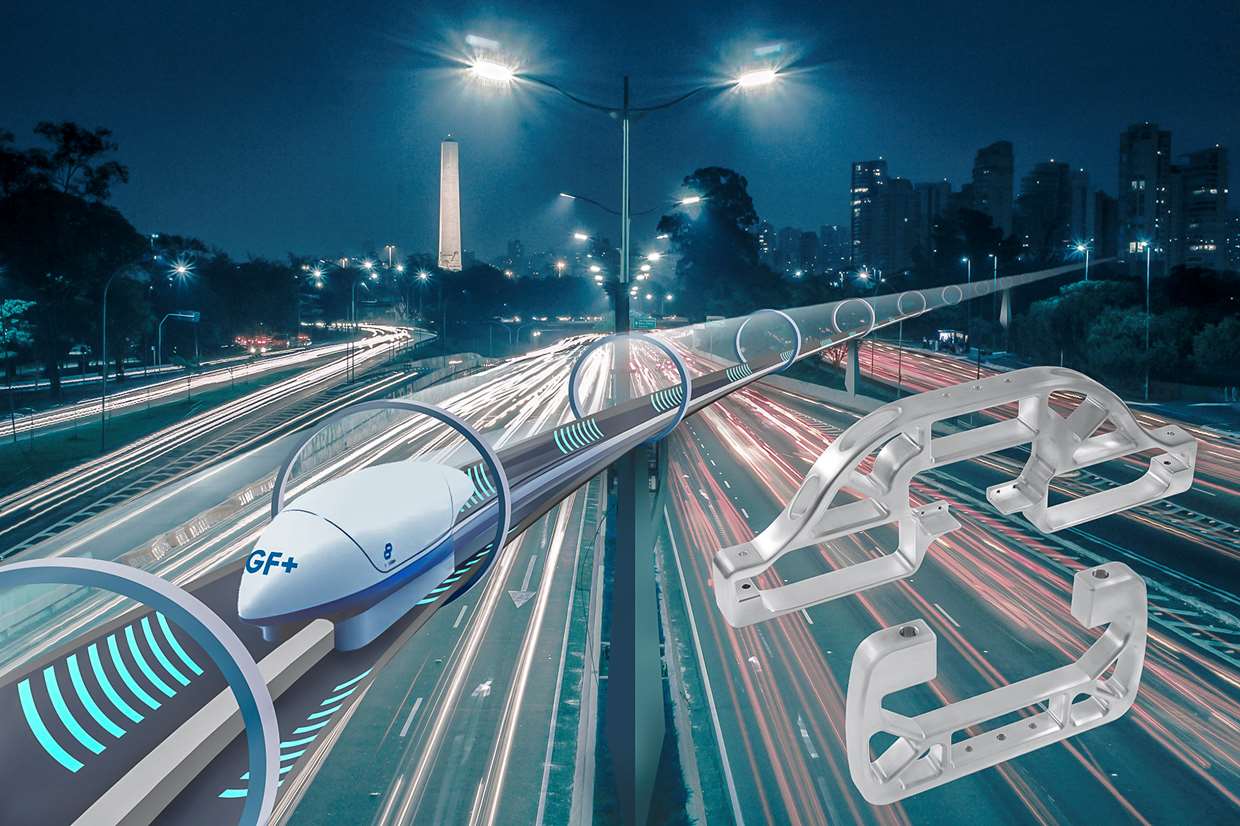 In 2017, Swissloop presented the pod “Escher”. GF contributed an aluminum component for the transportation capsule’s chassis. 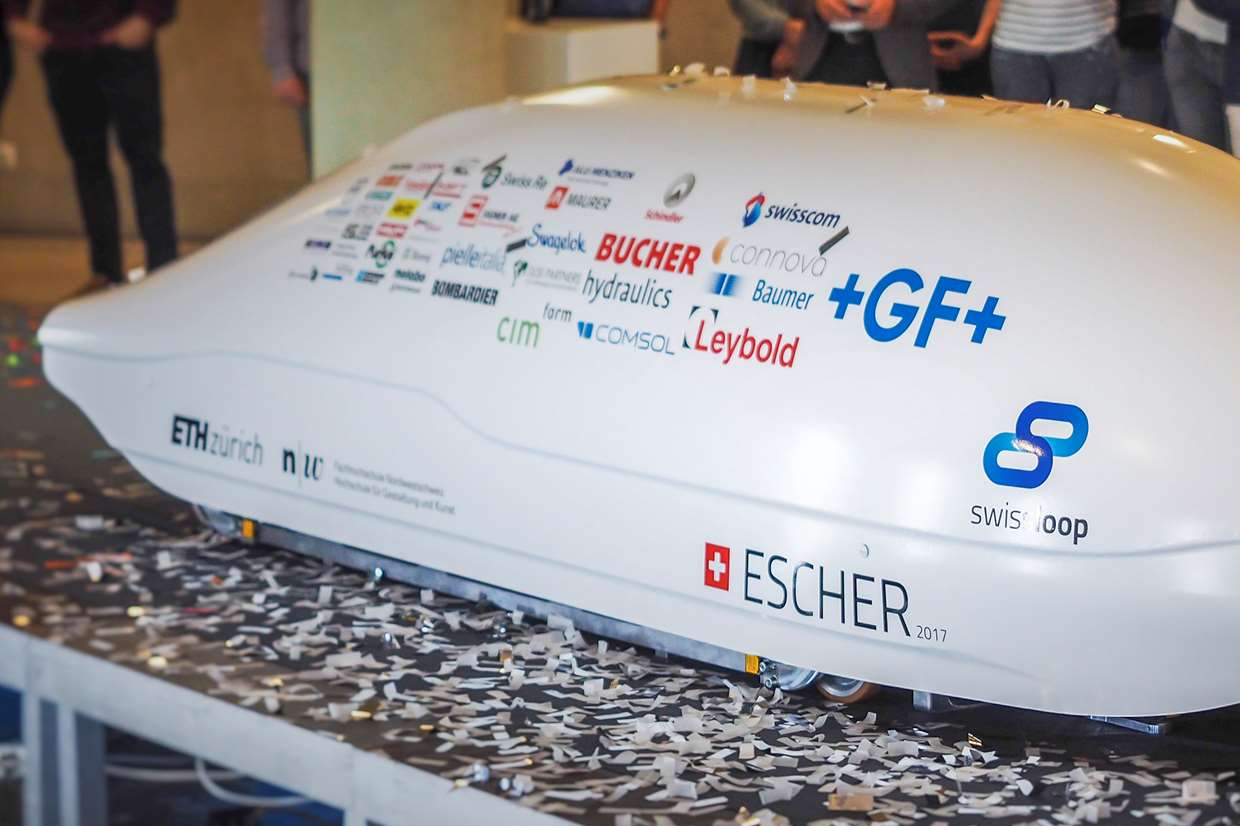 In 2017, the pod achieved an outstanding third place at the Hyperloop Pod Competition in Los Angeles. 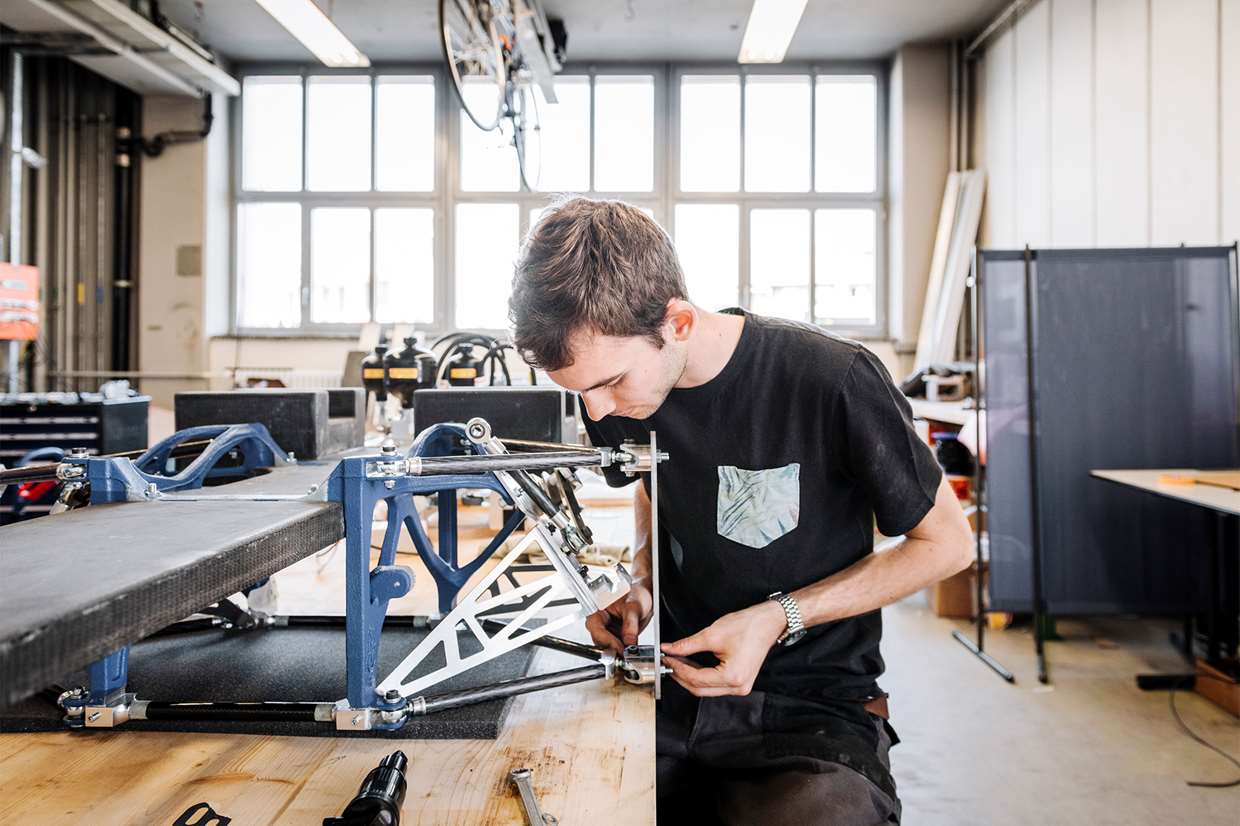 GF Casting Solutions is once again Swissloop’s main sponsor in 2018. The expert for lightweight solutions developed and manufactured two aluminum components for the front and rear axles of the pod chassis. 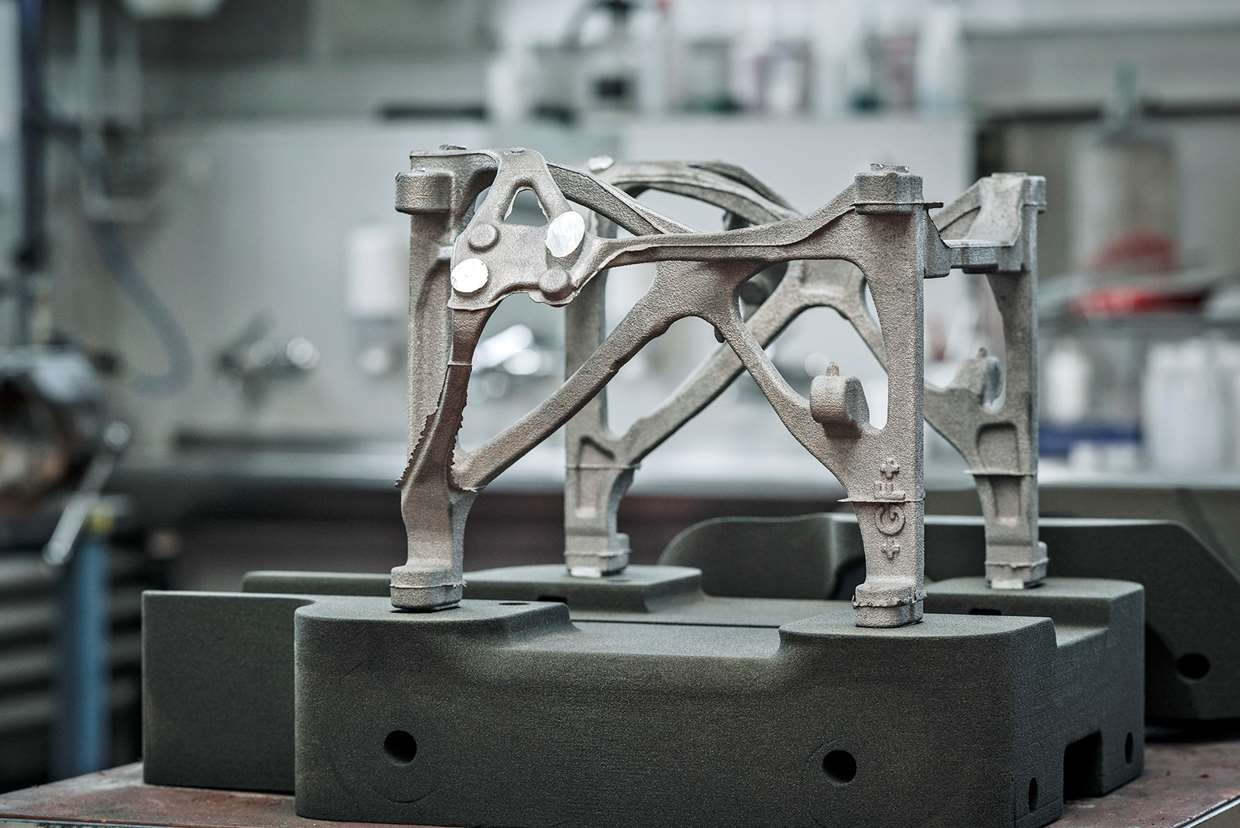 The two aluminum axle carriers hold the front and rear axles of the pod chassis and provide stability. They are both 35 cm high, 30 cm wide and 55 centimeters long, and weigh just five and a half kilograms each.

GF has worked closely with universities for some time, and ETH Zurich, where most of the students on the Swissloop team study, in particular. 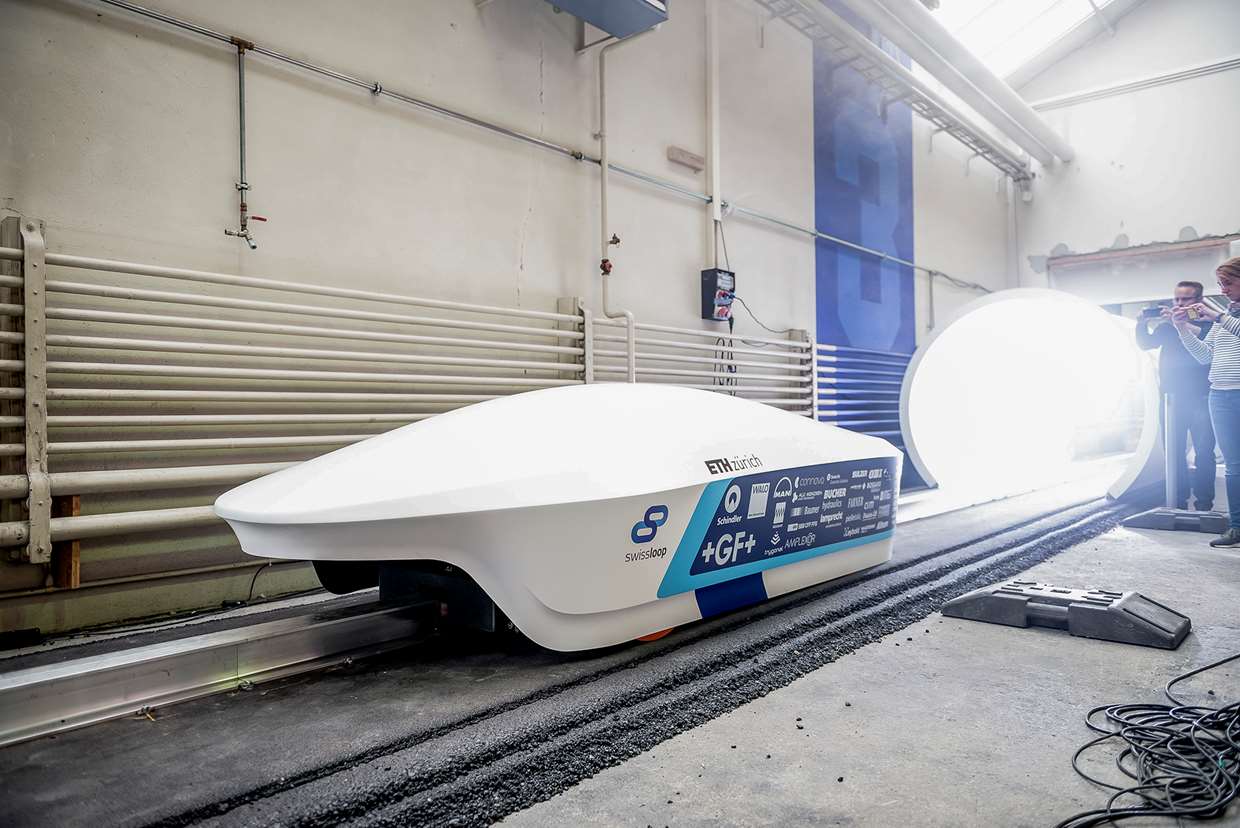 On 23 May 2018, the new pod was officially unveiled in Zurich and presented to the public. The capsule was named after the fastest Swiss athlete Mujinga Kambundji. 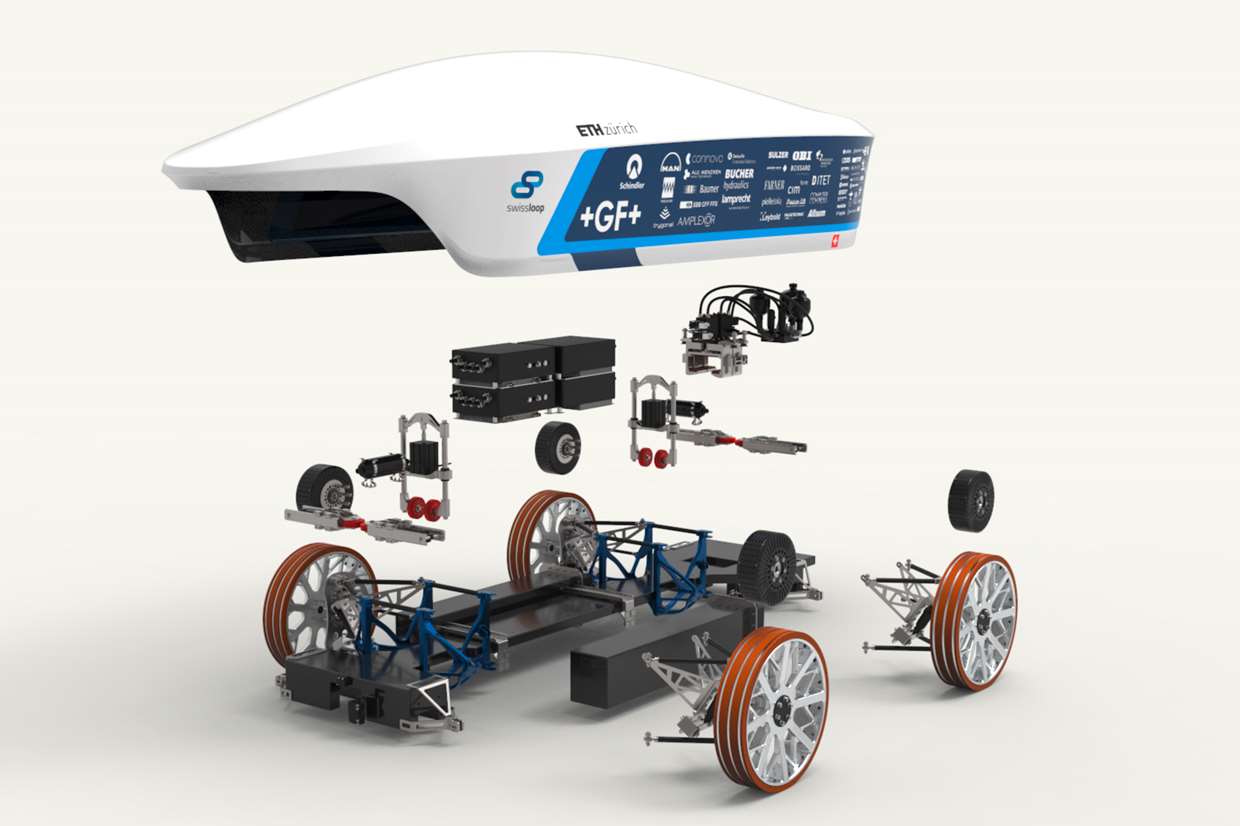 Swissloop’s 2018 pod is propelled by four electric motors with an output of 540 hp and can reach speeds of up to 500 km/h.

What is the Hyperloop Pod Competition?

With the Hyperloop concept, Elon Musk, the founder of Tesla and SpaceX, aims to create a new transportation system capable of transporting passengers and freight in pods at speeds of up to 1200 km/h through a vacuum tube.

To promote the development of this technology, SpaceX launched a global competition for universities. More than 1’000 student teams applied to take part in this year’s competition on 22 July 2018 in Los Angeles, and 20 of them qualified. Among them, is the Swissloop team, who is competing this year for the second time having already participated in 2017.

The 20 teams can spend a week testing their pods at the SpaceX premises in Los Angeles. Only the fastest pods get to travel through the 1.25-kilometer vacuum tube. The fastest pod wins.